Someone said recently the problem with politics is that we've all been taught to just not discuss it rather than learning how to agree to disagree (be adults) and perhaps even educate each other about why we have our differences.

There's no lack of political uproar these days no matter which side you're on. But when it comes to healthcare and the health and well being of all our fellow countrymen and women and CHILDREN, we need to stand together to protect our healthcare system!

The tax bill being pushed through Congress now is not a clean bill. That means there are MANY other issues tacked on to it to encourage one Senator or another to vote for it.

Another Attempt to Repeal Obamacare

One of those issues the Senate is trying to sneak through is a repeal without replace of the Affordable Care Act (aka Obamacare). Repeal has failed already. But they're trying again behind our backs to push this through hidden in the Tax Bill.

If this bill passes, 13 million people will IMMEDIATELY lose their health care coverage beginning 2018 (no delays in this attempt) and millions more will see their premiums take an exorbitant hike (above what they were quoted with annual open enrollment).

The American people fought to put an end to the Repeal process already! But if they don't know this is being pushed through with the Tax Bill, they are being lied to and deceived. There are several other issues being hidden in this bill as well. You can read it for yourself. See the link under Resources below.

The bill will also include deep cuts to Medicare and Medicaid. 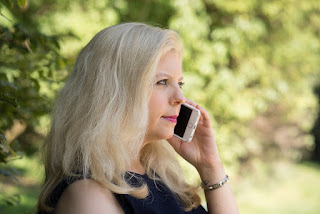 The American Nurses Association urges all nurses to contact their Senator to VOTE NO on the Tax Bill.  Please join me in writing to your Senators (each state has 2) to VOTE NO on this bill. We cannot have our healthcare system destroyed. The richest country in the world has to take care of it's people!

You can also call your Senator through the  U.S. Capitol Switchboard at (202) 224-3121 OR look them up here and leave a message: "I am _____ [state your name]. I am your constituent in [zip code] and I want you to VOTE NO on the tax bill (because it contains a point to Repeal Obamacare which was already defeated!) Thank you."  At the very least ask them to eliminate the Repeal of Obamacare from the bill!

If you call after hours, you'll get the voice mail. If you call during business hours ET, you'll speak to someone. The calls all get logged whether you speak to a human being or a machine. It's simple and takes less than 2 minutes of your time. Do it TODAY!!! Time is running short. Encourage your family and friends to call as well.
THANK YOU!!

Resources:
A pdf of Senator phone numbers
The Text of the Bill H.R. 1
photo: Pixabay https://pixabay.com/en/users/schiffdirk-4688653/