Last Chance to Enter the Scrubs & Beyond 2015 Model Search


Calling all medical professionals! Scrubs & Beyond is nearing the end of its first ever Model Search, a social contest where fans will compete for a chance to participate in an upcoming photo shoot. 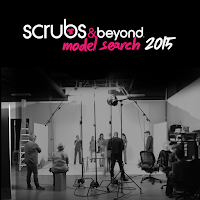 In addition to the photo shoot, the winner will also receive round-trip airfare to St. Louis, a two night stay in an area hotel and a $300 Scrubs & Beyond gift card. Second and third place will receive a $200 and a $100 gift card, respectively.

Hurry!!! This is the last chance to win! Submissions close on October 31, 2015! All contestants will receive an exclusive promotion after submissions close.

Entrants will be required to submit one photo of themselves in scrubs (selfies are a-ok!) and then they have the option to submit up to four more photos. Voting starts November 1, 2015, with the winner and runners-up announced in early 2016.

For more information on the contest, visit http://contest.scrubsandbeyond.com/.